It's a feel-good moment no one was expecting! After a brief public confrontation, the A Christmas Story family is back together again. Fans of the beloved holiday classic film can rejoice now that the actor who played Grover Dill, and the current homeowner of the iconic house from the movie, have reconciled their differences. The Christmas spirit is definitely in the air! Read on to learn more about what happened and the A Christmas Story family reunion. 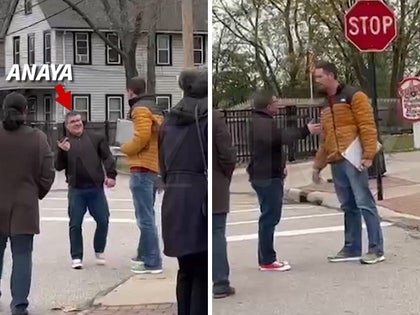 The recent public confrontation between Brian Jones and Yano Anaya, associated  with the iconic A Christmas Story House, has been making headlines. Brian, who owns the house, had accused Yano of being a "scammer, loser, and piece of s**t." Brian stated in an interview with TMZ and Today that he was concerned about a GoFundMe page that he believed at the time Yano created. However, according to Yano's business partner, Emmanuel Soba, Yano did not make a GoFundMe page. A fan in Yano Anaya's 'A Christmas Story Family' group later posted, apologizing for any confusion and mishap he created. The fan, Paul Bachmann, who's a volunteer for the group admitted to being the one that created the page in Emmanuel's name because he wanted to donate and saw 100's of other people commenting in the group that they too wanted to donate. He elaborated that the donations page wasn't active, and he never made any posts promoting it. According to Paul, the day before the altercation with Brian, he approached Yano about the page he had created. Yano told him to take it down because he was not interested in it. A fan visiting the 'A Christmas Story House' recorded the outburst, and TMZ aired it back in November.

The craziest part of all this is that it happened on the same day the Ohio State of Representatives released a proclamation declaring November 18th of every year a Holiday, the A Christmas Story Family Day. Right after Yano, his team, his business partner Emmanuel Soba, and Drew Hocevar (who played the male Elf in the movie) finished accepting the proclamation live on Cleveland 19 News on the Cribbs in The CLE show; they left directly to the house, where the now infamous debacle took place.

The video of Brian Jones' outburst and banning Yano from the house went viral fast, leaving Yano Anaya "Grover Dill" from the 1983 classic film "A Christmas Story" shocked and confused. The incident sparked an outpouring of public support for Yano Anaya, as well as criticism of Brian Jones' behavior. The video's release and public outcry led to an apology from Brian Jones, expressing his regret for how he acted. TMZ and other media outlets reached out to Yano to get his side, but he refused to comment. After weeks of tensions, Yano Anaya and Brian Jones reunited for breakfast on New Year's Eve in Atlanta. During the meeting, Brian explained his reason for the outburst. He apologized for assuming that Yano was trying to get over on him. The two put their differences aside and are moving forward as a united family.

Yano said in his post on his A Christmas Story Family Facebook page and Instagram account, "So... in my experience of life, a family may always have dysfunction, arguments, fights, yelling, etc. But love always finds a way to reconcile."

The A Christmas Story house later shared Yano's post and said, "What's your New Year's Resolution? For Yano and Brian, it was reconciliation, reconnecting, and rekindling an almost 20-year friendship."

What's next for the family?

This story is an excellent reminder that family is everything. Even though you may have family disagreements at some point in your life, kissing and making up is always easy and good for the soul and the rest of the family. Life is too short for grudges and animosity; besides, you must lead from the front. You never know who's watching.

If you haven't heard about the A Christmas Story Family and want to learn more, here are some resources: Back to News
A Christmas Story House: A Nostalgic Journey Through Holiday History

How Affirmations Can Change You and Improve Your Life This Christmas

5 Ways to Make Your Next Vacation Magical
x
×